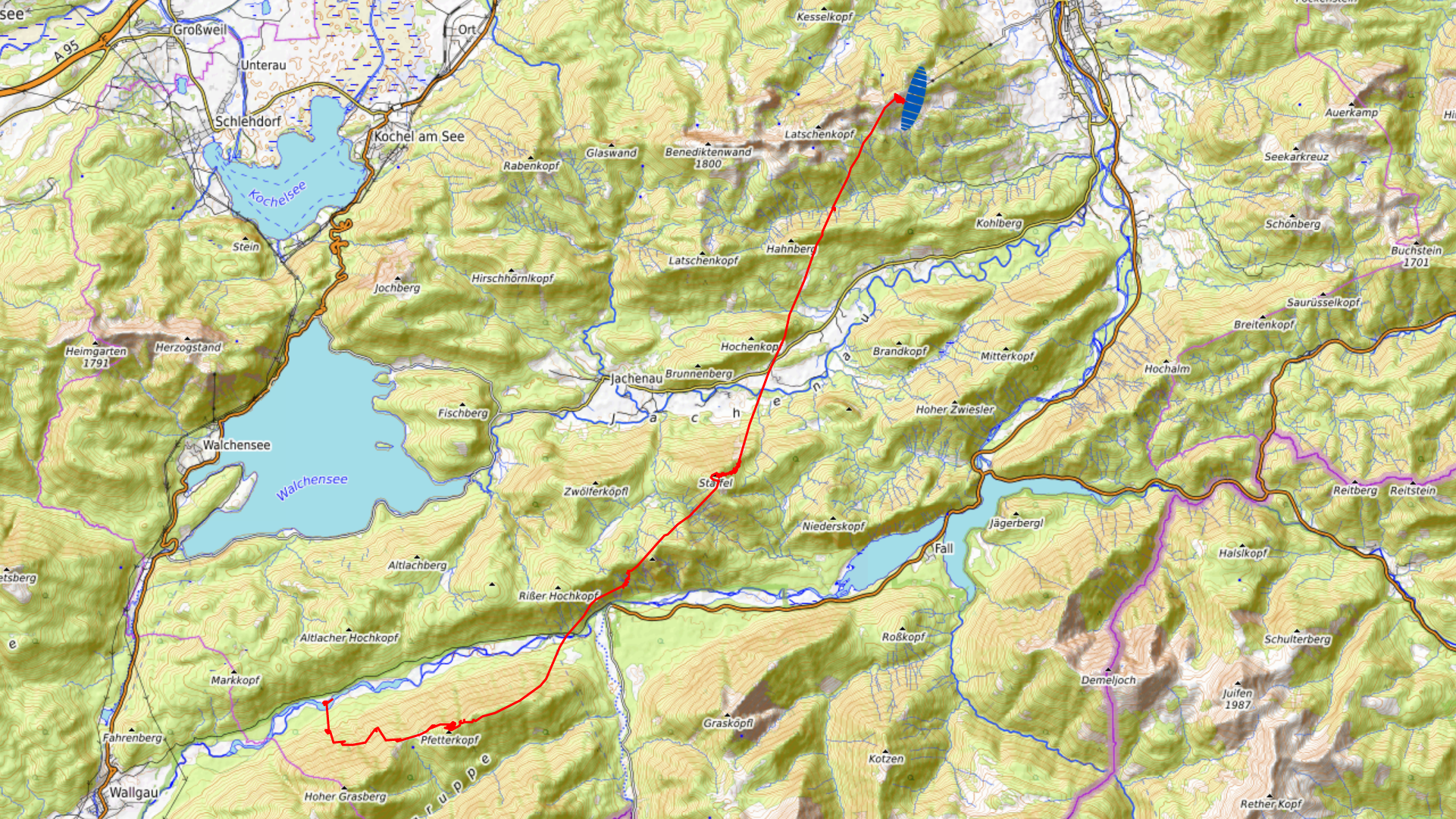 The second attempt to fly the Karwendel triangle

Planning: The plan was actually to fly west and then east, since a low base was predicted in the Inn Valley and I therefore rated a Karwendel triangle as unlikely. However, since the base was higher over the Inn valley and the ATIS Innsbruck reported 6000 feet, the experts present, Philipp and Erik, were of the opinion that a Karwendel triangle was feasible. So I decided to try it.
Good thermals were predicted, which should start early. Light north-northeast winds were forecast

09:51: The thermals actually started early, some were able to climb as early as 09:15, the early arrival was worth it. Take off was easy as the wind was 5 to 10 km/h from the south

09:54: At first the thermals were relatively weak, so I had to fight quite hard not to drown south of the launch site

09:59: After a long search, things really got going and it was almost difficult not to be drawn into a fat cloud. Climbing in a straight flight, we went directly from Brauneck in the direction of Staffel. Another pilot later told me that he was actually pulled into a cloud from which he had a hard time spiraling out

10:31: Unfortunately, I chose the mountain range on the right, with the Brünsteck mountain as the first mountain, which leads towards Mittenwald. Here I couldn’t find any thermals on the northern flank, so the flight ended after just one hour. Maybe I should have chosen the left mountain range after all 🙁

10:51: I ended up on a sandbank in the river bed of the Isar. Unfortunately, my action camera stick broke on landing. I still had to walk through the freezing cold water (see photo) to get to the street, luckily I had sandals with me

Way home: After hitchhiking for a long time without success, a motorcyclist took me to the village of Vorderriß. There I met a second pilot. Two women took us to the town of Fall and from there I went back to Munich by bus and train

Lesson learned: Searching for thermals needs to be practiced and choosing the right mountain range 😉

Summary: Short but quite a nice flight. Too bad the day had much more potential for a long flight

Paragliding at the Zugspitze from Osterfelderkopf to the valley station Alpspitzbahn