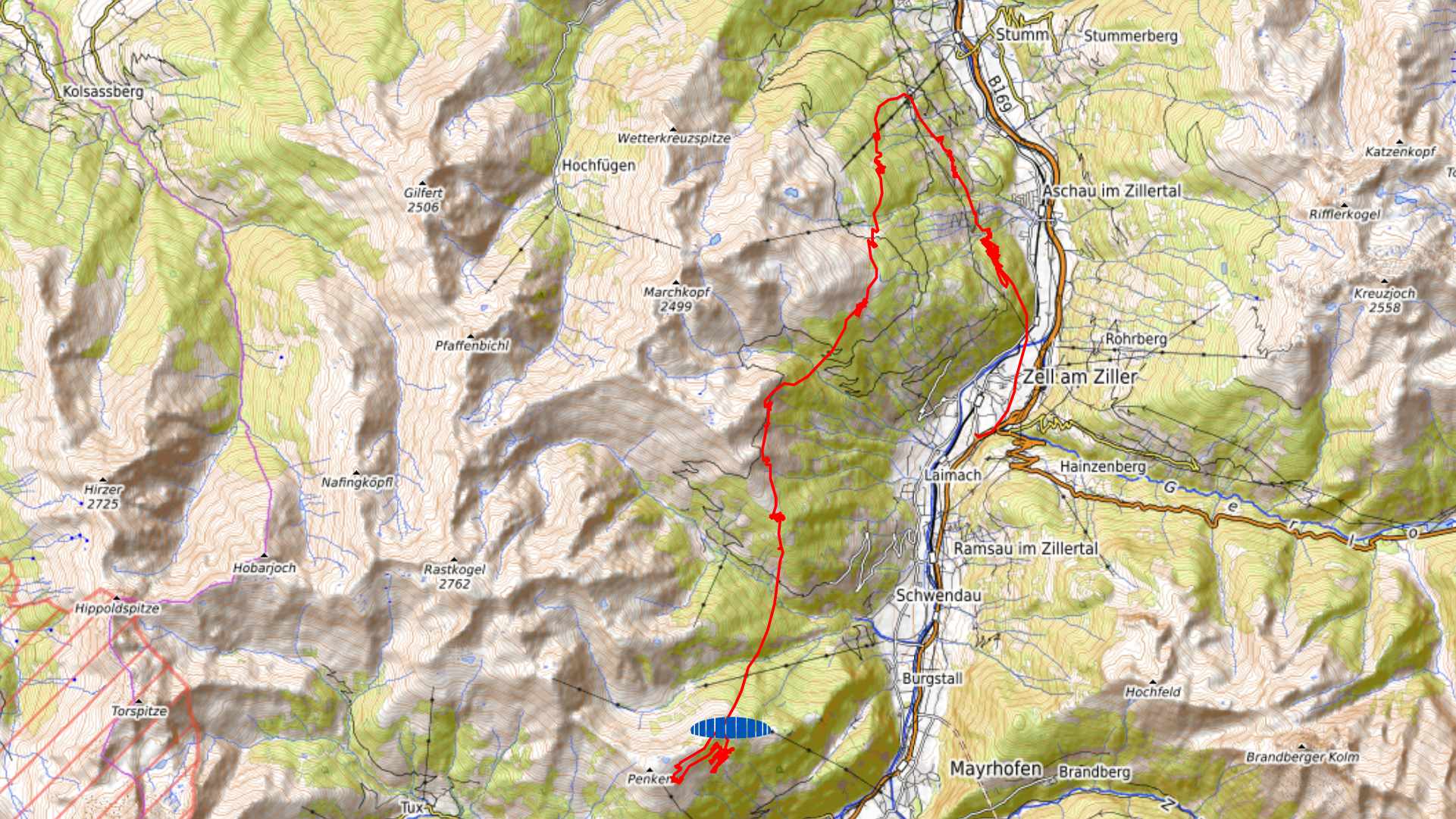 It should be clear that lines are generally not the friend of paragliders. But overhead lines in particular pose a special danger, especially when they are as common as they are here in the Zillertal.

Planning: I didn’t do any planning. According to Burnair, the base in the Zillertal is well over 3000 m today. I thought this would be an opportunity to improve my personal altitude record.

Prolog: Pee with a view of the Tristner, you rarely have such a view while doing your business :-). While waiting for thermals at the Penken launch site, it was like being in a dovecote, lots of tandems on the move.

11:43: The start at Penken was problem-free, light south-easterly wind (instead of the predicted north wind), accordingly started to the right of the cable car.

12:00: It was quite tough at first, but then I was able to gain altitude. Lots of tandems flew with me. I decided to fly in the direction of the Inn Valley first.

12:47: Unfortunately, that turned out to be a mistake, as the thermal yield decreased the further north I flew. The wind changed from south-east to north, sometimes to north-east at around 15 km/h. I tried to gain height on a rib on the north-east flank, unfortunately without success. A high-voltage overhead line can be seen in the picture, I almost got trapped behind it when I was intensively looking for thermals. But I managed to take off in time.

13:19: As a last chance to gain height again, I saw the crash slope in the middle of the picture. I didn’t want to fly behind the rib on the right in the picture because of the concerns of getting too leeward. So we flew towards the crash slope.

13:22: Unfortunately, another high-voltage overhead line runs directly in front of the slope, since I arrived at a low altitude anyway, there was no chance of soaring up the slope. So I landed on the meadow on the right near Zell am Ziller.

Departure: I took the train from Zell am Ziller back to Mayrhofen, where my car was parked.

Lessons learned: Pay more attention to overhead lines of all voltage levels in the future.

Paragliding from Rigi Kulm to Goldau