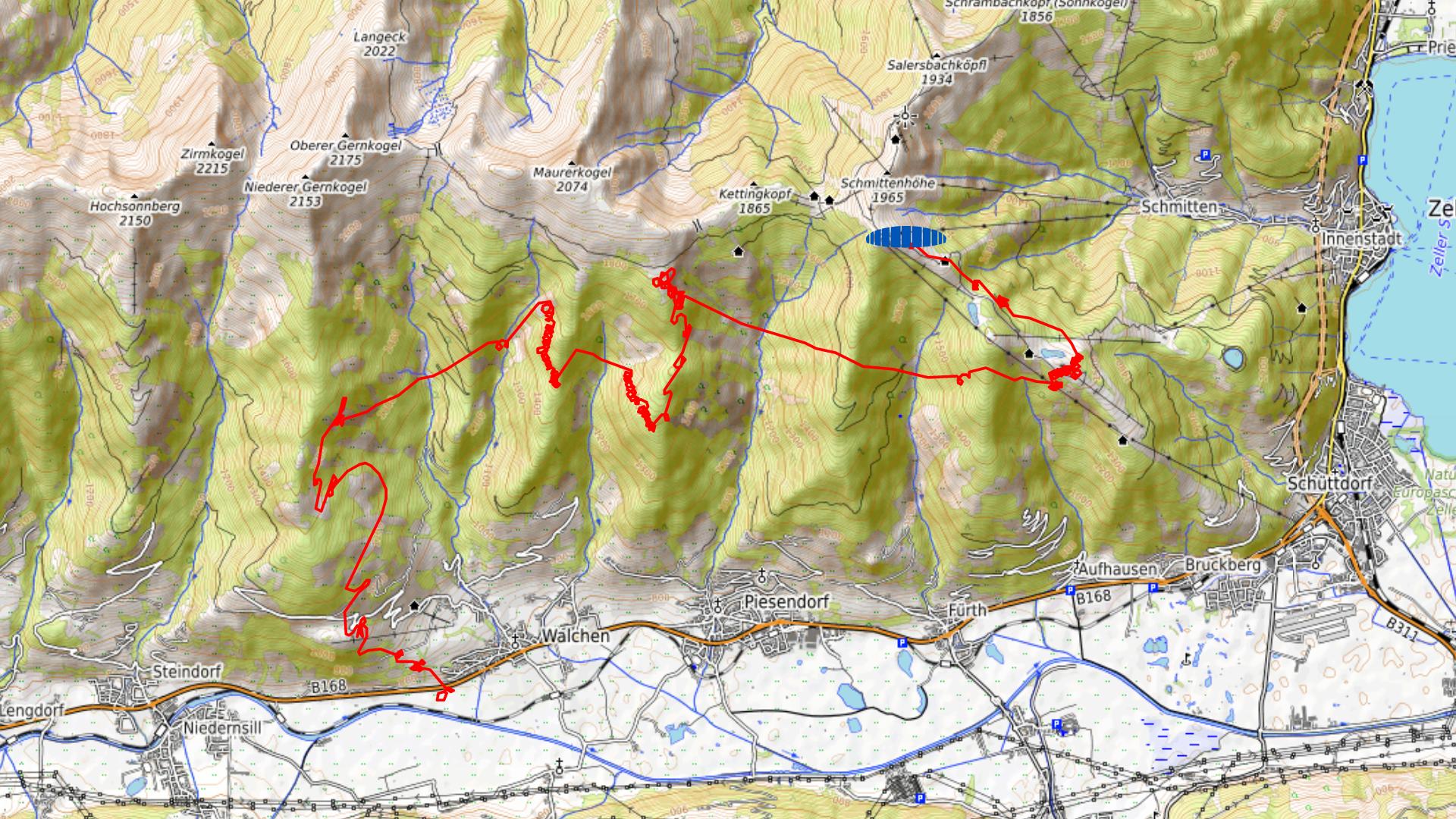 It is always reported in various trade magazines and YouTube videos that the Pinzgauer walk is just a walk, but it is not made that easy.

Prologue: The thermal forecasts for the Pinzgau didn’t look so bad, so I took the long drive of about 2 hours and drove to Zell am See by car. Since the Alpina 4 is sometimes too restless in thermals, I took around 5 kg of water ballast with me this time, so I got a take-off weight of almost 105 kg, which corresponds to the maximum permissible take-off weight of my wing.

Planning: On Burnair, good thermals were predicted for the Pinzgau with an easterly wind that was light at the beginning and then picked up later.

Before the start: After a long wait at the take off with an international audience (other pilots came from Norway, England and Germany) and many tandem pilots, we saw a Phi Allegro starting higher up, in calm thermals slowly gaining altitude. At first the wind came slightly from the south, until I was ready to take off from the east.

12:34: The takeoff itself was easy, but since the wind was from the east I had to walk across a path parallel to a cable car.

12:49: I lost a lot of altitude in the beginning, but was able to slowly fight my way back up. Here I should have flown towards the main ridge in a northerly direction to gain more altitude, instead I flew towards the west.

12:57: It was quite difficult to center the thermals, so it happened as it had to.

13:45: Another early landing to the right of the hut in the picture. I think I ended up here a year ago. Landing went smoothly.

Departure: After packing, I just caught the Pinzgau train at Walchen station. I then took the train back to Zell am See, where my car was parked at the cable car.

Lessons learned: As written above, I should have gained as much altitude as possible on the main ridge, so I flew west too early. The 5 kg additional weight have calmed the wing noticeably, in the future I will probably always take ballast with me in strong thermals.

The Zillertal – a valley full of overhead power lines