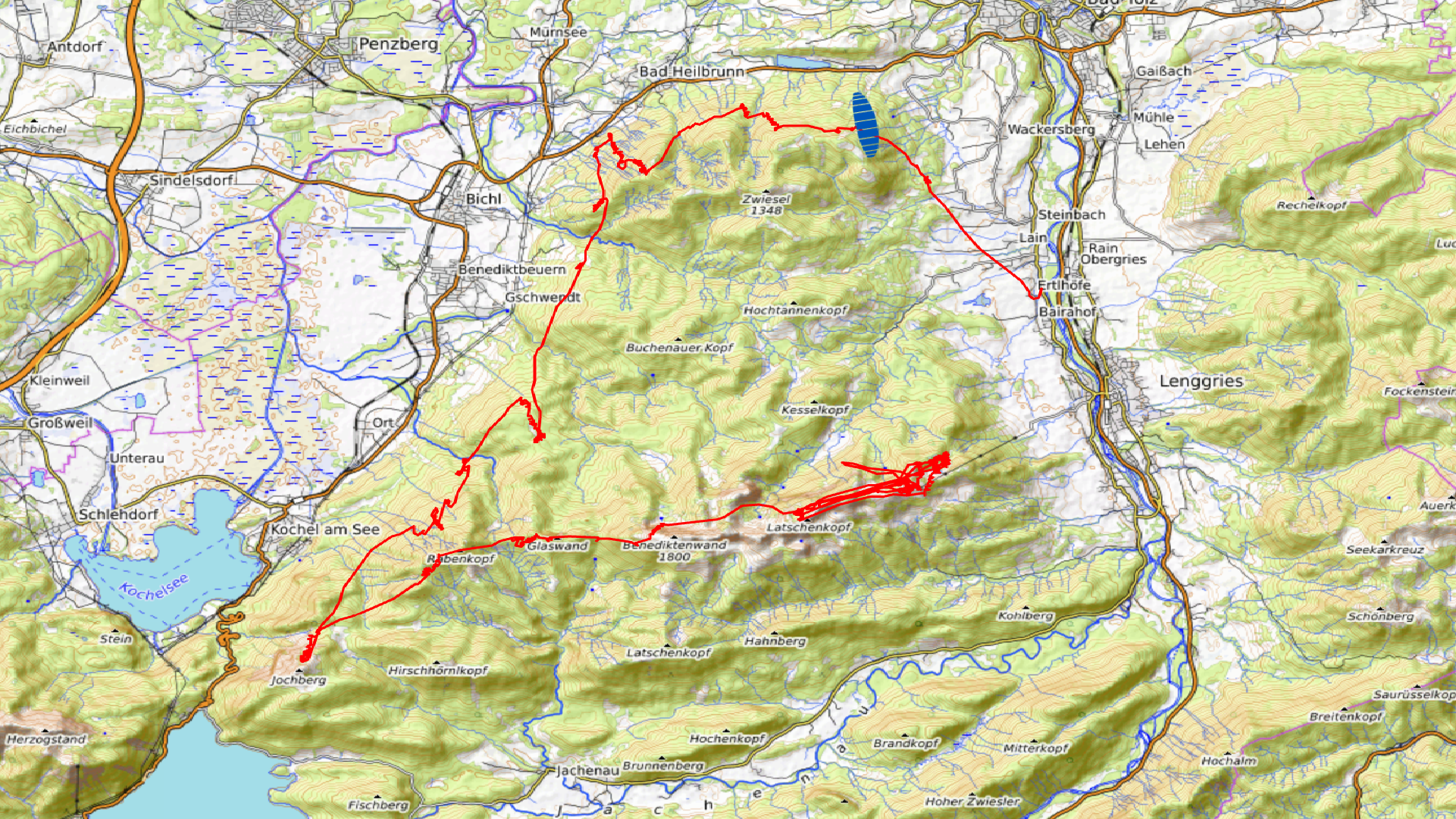 Flight planning: none carried out

Start: the wind was very vague and weak, built up at the south start, but then switched to north. Able to manage a reverse launch with little wind, but should still be practiced. Starting and getting started with the GTO Light 2 was very easy

Flight: Gaining altitude at the Garland was relatively easy, even if it was partly interspersed with strong thermals. I had to give up trying to fly west after four times because of heavy downwind. I then flew back to the Garland to get higher again.
The 5th time it worked, together with 2 other pilots and now and then a glider pilot to the sea Kochelsee and admired it from above.
The pre-flight to Blomberg also proved to be difficult, as the XCTrack sometimes showed a headwind of 15 km/h. In between I was able to turn up again to almost 2200m. Southwest of Bad Heilbrunn I had my “Lowsafe” with 70m AGL. On the northern flank of Blomberg I fought my way east to the valley in the direction of Lenggries. Since the sky over Lenggries had become very dark, my decision was clear to simply let this flight glide towards Lenggries

Landing: The strong north wind made it easy for me to land on a meadow right next to the country road to Lenggries. The very first driver drove me to the Brauneckbahn in his pickup car. Last Monday someone drove me straight to the train station, nice people from Lenggries, thanks for that.

Conclusion: I really like the Woody Valley GTO Light 2 right away, there is little to complain about. I’m slowly getting better and better at using the Alpina 4, even in strong thermals.